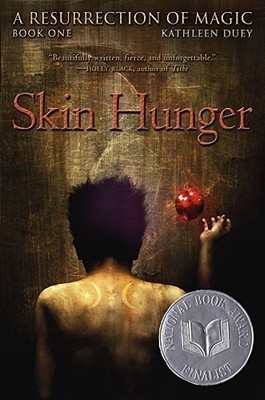 There is a matching page, where you match a picture of an animal's tail with a description of the animal, a Footprint Map, which enables the child to do a cross graph - "the deer prints are located at what coordinates? My daughter loved doing this! I have to say, this is one of my favorite children's book. Mixing a wonderfully written story, unforgettable pictures and fun education is a can't miss combination! I highly recommend this book to everyone - and think it would make an excellent addition to any library and classroom!

This award-winning book entertained and educated my 4-, 6-, and year old children. Laurie Allen Klein accompanies the text with beautifully rendered watercolor illustrations. This book is perfect for preschool through elementary-level children, and may be especially appropriate for homeschoolers. Little Skink is enjoying a delicious meal of ants when a hungry crow wants to make a meal of Little Skink. Trapped with nowhere to run, Little Skink uses her special trick: her tail falls off when the crow grabs it, and Little Skink gets away. Now with no tail, Little Skink imagines what she'd look like with the tails of different forest animals, but none are quite right.

The rabbit's tail is too "puffy-fluffy," and the porcupine's tail is too "stickly-prickly. Little Skink's Tail has a simple, yet informative and fun storyline. Kids will enjoy watching Little Skink try on different tails and will laugh at Laurie Allen Klein's vibrant watercolor illustrations. This is just the type of book that would make an excellent supplemental text for a classroom lesson on forest animals and regeneration.

The back matter includes Arbordale's signature "For Creative Minds" section, which in this case, comprises a footprint map and a tail matching activity that can be copied and printed. Highly recommended! Little Skink is a lizard with a brilliant blue tale that falls off to protect her.

She then imagines herself with the tail of other forest creatures until she is surprised by finding her own tail has regrown. The book is geared towards younger children and is a lovely nature story, not just a telling of facts. The illustrations of the five-line skink with various tales are beautiful and amusing.

The book even has mapping and matching activities in the back. According to the book flap, this is Janet Halfmann's 28th book so I am very interested in her other writings. The book is published by Arbordale Publishing, a company dedicated exclusively to math and science literature. Their offerings are mostly on Nature, but with several other topics as well. Still, their nature books alone are well worth adding to your "must read" list for living science.

The editor and co-owner homeschooled her children, and they even ran a contest for homeschool student last year.

What a perfect Living Science publishing house! This is such a cute book! The story itself is adorable, the illustrations are great, and included are a couple of extra activities for your child to do which encourage both science and math. My second graders loved this book! They were engaged throughout the reading. It is an Accelerated Reading book at reading level 2. I would recommend this book for children pre-school through grade 2 or 3.

Janet Halfmann has written more than 28 books and recently we've had the opportunity to read through some of her books on animals for children. Although the majority of her books are about animals, she has not limited herself to the animal kingdom. However, for the sake of our current two year old interest, we have focused solely on these works. At our stage of life, animals make the most intriguing subject matters in books so I was happy to have some new titles to browse through.

Halfmann wrote this particular picture book after doing some research for an article she was writing on skinks for Ranger Rick magazine. In this story Little Skink loses her tale when escaping from a rather eager and hungry crow. Little Skink is sad by the loss of her tail and throughout the remainder of the book she is imagining what she would look like with the tails of other animals, such as a deer, a rabbit, an owl, etc.

Halfmann explains that when she wrote this story she was thinking about her granddaughter who likes to play dress-up and imagined her wanting to try on different outfits. Coupled with excellent illustrations by Laurie Allen Klein, this is a very cute book and my son enjoyed identifying and pointing out the different animals.

In the back orf this book you'll find various animal tracks which you can identify with your children set up with a "matching game" sort of feel to it. Very cute and fun addition to this book. We like it. Little Skink's Tail is apparently also gaining in notoriety. Not too shabby, I'd say. Most recently named Learning Magazine's Teachers' Choice Award Winner, Little Skink's Tail focuses on skink's a lizard ability to adapt to its surroundings and protect itself in times of danger.

For those who didn't know, lizards break their tails when faced by an enemy as mean of protection. This book could easily be used in part of a science curriculum that focuses on ways in which animals survive and adapt in their environment s. A learning guide to supplement Little Skink's Tail can be found here. Little Skink has been spied by a crow. She has to escape and does so just as the crow snaps down to pluck her away. However, Little Skink has a trick - her tail can snapped off to protect her from danger. However, once her tail is gone, Little Skink realizes just how much she misses it and goes around imagining a new tail for herself.

She tries on tail after tail - a rabbit's tail, a squirrel's tail However, just as she decides that none of the other tails are right for her, she catches sight of a her shadow on a sunny rock. Lo and behold, her new tail has started growing and it's just right! I don't usually review picture books, but I won an autographed copy of Little Skink's Tail from Shelly of Write for a Reader this last month, and my daughters just love it! My seven-year-old has read it on her own at least 20 times now.

And as a parent, I found myself enjoying the story as well. It's one that won't drive you nuts after reading it for the umpteenth time. Little Skink gets his tail swiped by an owl, and imagines what he would look like with the tails of his fellow creatures.

In some instances, this is pretty humorous as well as educational. My daughter's comments: "I like how the skink looks--he has a blue tail and a brown body. My favorite part is the picture of him with the squirrel tail and the squirrel looking at him funny. The book has beautiful illustrations and a couple of activity pages in the back. Highly recommended for younger readers! So I left my five year old on the couch with the book and told her to go ahead and look at the pictures.

At the end of the book there is a map of various animal footprints from the story with coordinates to locate them. She loves that kind of stuff this is the child who insisted on color coordinating her potty-training chart.

How to Find That Book You've Spent Years Looking For

From the front flap "While Little Skink hunts yummy ants for her breakfast, she is suddenly attacked by a crow! But she has a trick to escape - she snaps off her tail, and it keeps on wiggling! Little Skink is happy to be alive, but she misses her bright blue tail. Readers will enjoy pretending with her, trying on tail after tail. This is a really cute book and we liked it.

The illustrations done by Laurie Klein are excellent. I really liked them. The text also has some rhyming in it, which is always a plus with little ones. I could see this book being used in elementary classrooms as a way to study various animals and habitats and why animals have tails - particularly lizards.

My daughter was very intrigued that an animal could lose a tail and then grow it back. I appreciated that the book had also been vetted for accuracy in the way the animals were portrayed.

Definitely a good read and a nice addition to a home or school classroom. While Little Skink hunts yummy ants for her breakfast, she is suddenly attacked by a crow! The first is too puffy-fluffy, and another too stinky! Halfmann's "tail" is a must-read for you and your family!

My son has requested that we read about Little Skink over and over again! He loves the story and the games at the end of the book, particularly the tail matching game.


As for me, there are so many things that I love that I don't even know where to begin! I guess I will just have to begin listing them as I think of them. As for our household, she will also be receiving the honor of knowing that her book will be treasured by my family for many years to come! If you have not yet picked up this title, it is one that you will want to add to your child's bookshelves, whether as a parent or an educator! I love picture books that are silly, but also ask kids and grownups to think about deeper things. 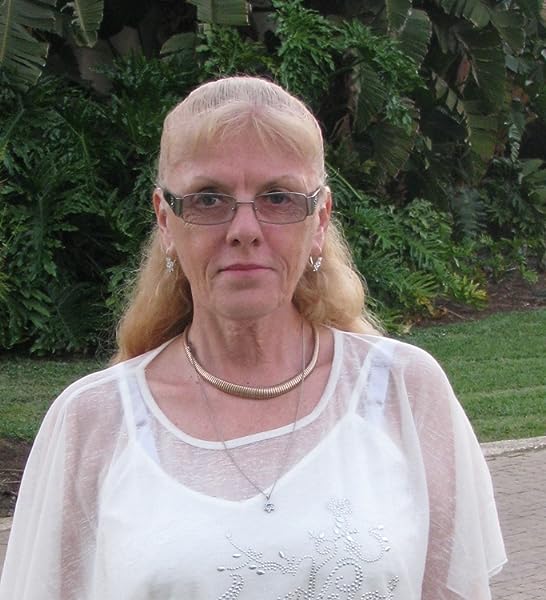 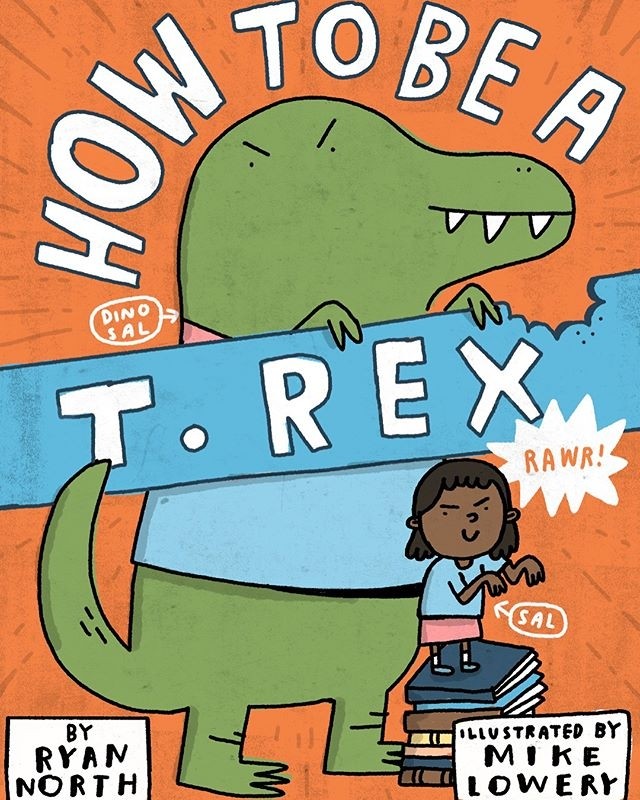 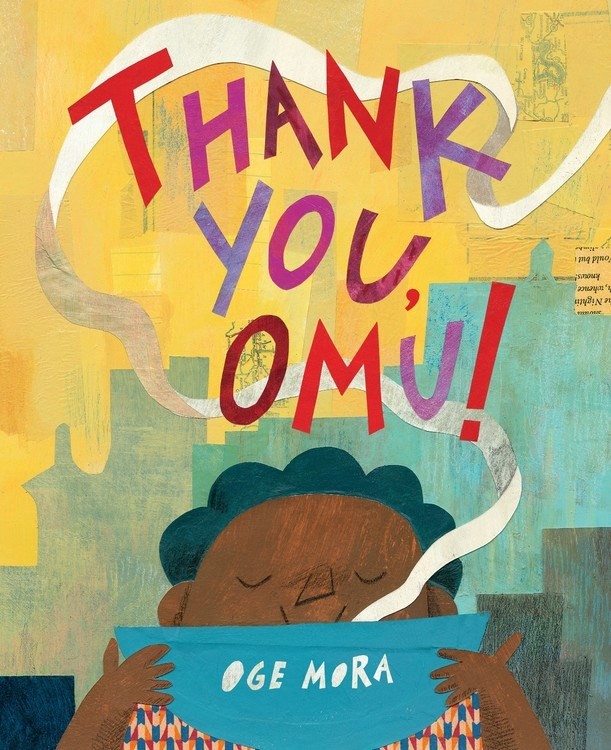