So the first two nights went down with no incident, but the last night, his little foofy dog is having a fit. She keeps barking at the back door. At first we blow it off but decide to lock the dog inside in case of a coyote or something. After a while we start to get a little creeped out.

She goes outside and says she saw something small and grey probably a coyote and it ran off. So, just an animal, no worries. We decide to get into bed…awkward silence…then I hear it…it sounds like a young girl singing a soft, eerie lullaby. I even called someone to talk to me while we walked out to my car. Next morning, went to clean up the house and such.

We have an old Mercury Grand Marquis that my dad had wanted to buy for years. The owner would never sell it, even though it was just left sitting there. After he died, his daughter sold it to us for pretty cheap, because she knew how bad my dad wanted it. I left at 10 that night, and it had stopped raining, and I had to drive my friend home.

So, we continued conversation and I got to his house about 5 minutes later. When we got there, I asked him if him if he heard something weird when we turned onto the road. He said he heard the exact same thing I did, and I was freaked the fuck out. This sounds like such a made-up story, but I really wish it was. Before the kitchen was renovated a few years prior, our dish room used to be part of the morgue.

Every time I went into the dish room, something would be moved, turned over, or missing. Every night, I would hear carts being moved around, dishes being put away, and silverware rattling. It got to the point where I was terrified to come to work every night. From then on, everything actually went quite well.

It took us a little while to find a radio station we could agree on, but we worked harmoniously after that. We moved into a new house a few months ago. As we were in the process of purchasing the house, the renter who was living in it died unexpectedly of natural causes in his mids. He died right in the middle of the living room. Shortly after, we move into the house, and almost immediately our 2-year-old daughter starts talking about the ghost that lives in our house.

I would often tell the ghost that he was welcome to stay if he wanted to, but he was also welcome to go if that would make him happier. It was still dark out and rainy. Once again, I mostly disregarded what she was saying, as she is birthday obsessed and has in the past made us sing Happy Birthday to Mickey Mouse, a bowl of fruit snacks, and the bathroom. So we sang and wished the ghost a happy birthday and went on with our lives. Later that day, out of pure curiosity, I looked up the obituary of the man who had died in our house.

This demon lady literally got inches from my face. I see at the foot of my bed this almost demon-like lady in a white dress walking toward me. Then I could move and it was over. The disembodied head of a woman floating above my bed at night. Lived in this dark, creepyish rental house from 4th-7th grade.

Anyways, my sister who was a little bit younger than me would tell me about how she saw the disembodied head of a woman floating above my bed at night looking at me sleep. Nothing really happened for months and I even forgot what my sister said about the disembodied head, until one night I was in a particularly deep sleep when I suddenly heard the blood-curdling scream of a woman right outside my ear.

This is a brief account of an experience I had almost a year ago in the warehouse where I work alone. I work in a warehouse that my father purchased.

It is in the middle of Mennonite country, with no neighbors for a half-mile around. Look out the window…you see cornfields and scraggly trees. Cell service? Forget about it. I work here alone, painting and preparing the front office portion for eventual functionality. To get to the front office, you must go through a hallway from the main warehouse, into a secondary office, and then through another door into the front.

The only thing that has ever made me uneasy about the building is the fact that all of the door locks are reversed. I was in the front office when I began to hear the thudding.


I ignored it and continued to apply masking tape to the door I was working on. But this time, it was accompanied by a screeching sound. Not loud, but audible. I was freaked out, but convinced myself that it was just a pissed off raccoon or squirrel that had found its way inside. I continued working, until I heard the slam. The door to the secondary office had been open; it sounded like it had violently slammed shut. I peaked around the corner and saw that I was right… the secondary door was now closed.

I tried to logic it through in my head that a strong draft had sucked it closed, although I knew there was no such draft. The thudding began again. Close this time. I froze, unsure of what was happening. My eyes locked on the door handle, which began to turn.

The door disengaged its latch and slowly swung open. Wider…wider…nothing there.

Nothing visible, no air movement, just quiet. So quiet. The quiet was shattered when the screech came again. This time, it was clearly human. Pained, angered, and emanating from the main warehouse. The door slammed. 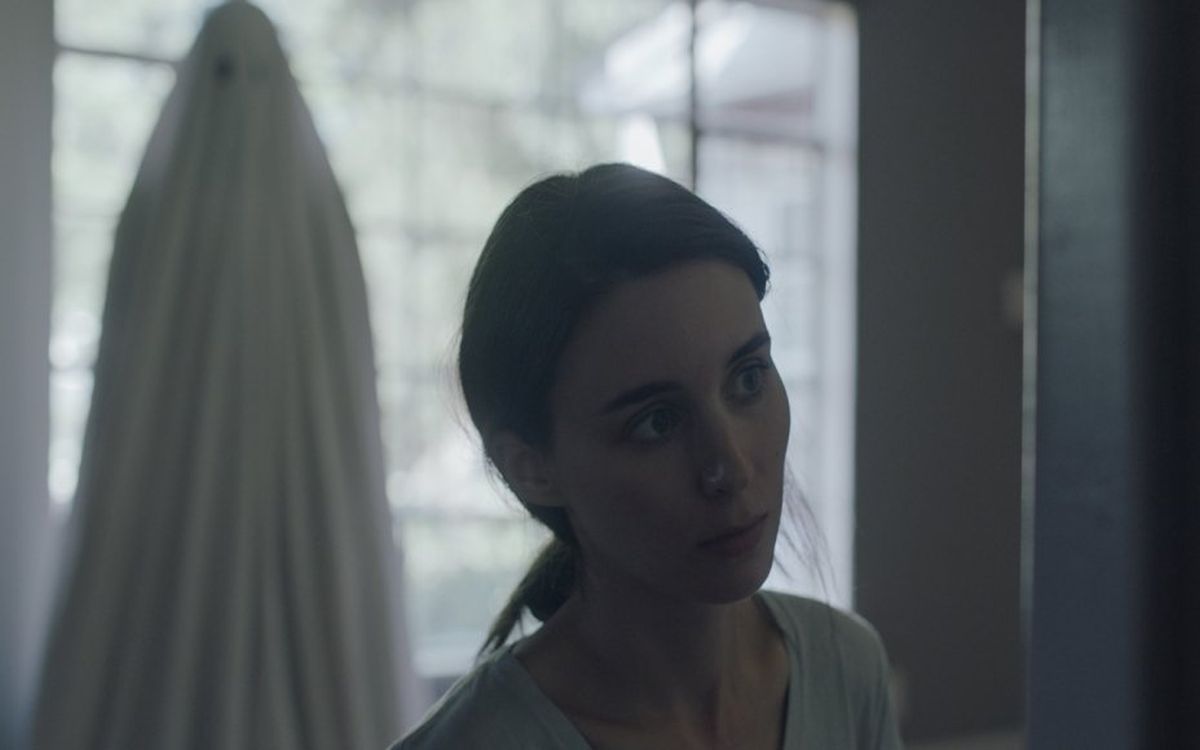