Of course, we know the answer. You can't do it. You are a fake.

Yet the final indictment against the television decision-makers is more profound and more serious. Their recent splurge of paranormalism debauches true science and undermines the efforts of their own excellent science departments. The universe is a strange and wondrous place. The truth is quite odd enough to need no help from pseudo-scientific charlatans. The public appetite for wonder can be fed, through the powerful medium of television, without compromising the principles of honesty and reason.

There are barriers that we have set up in our minds and certainly the barrier between Homo sapiens and any other species is an artificial barrier in the sense that its a kind of 'accident' that the evolutionary intermediates happen to be extinct. Never the less it exists and natural barriers that are there can be useful for preventing slippery slopes and therefore I think I can see an objection to breaching such a barrier because you are then in a weaker position to stop people going further. Another example might be suppose you take the argument in favour of abortion up until the baby was one year old, if a baby was one year old and turned out to have some horrible incurable disease that meant it was going to die in agony in later life, what about infanticide?

What is Kobo Super Points?

De Brito gets good traction from the current bloodshed sweeping across Iraq, where religious sectarianism and Jihadist ideology are manifesting themselves in a cruelty and carnage that most of us can hardly fathom. For the Jihadists, theirs is a God who not only wants to smite unbelievers, but delights in the gruesome violence of his followers who do it on his behalf. This, of course, leads de Brito to his main point, which is to propose that the hypothetical rejection of religion would lead to the end of the all tumults that the world is facing.

He writes:. Remove questions of God from Israel and Gaza and you're left with two people who have more in common than they care to realise. Remove God from the rest of the Middle East, it wouldn't be devouring itself in a sectarian war over a year-old disagreement. Remove God from Australia and gays can marry, penalty rates disappear on Sunday and a seven-year-old won't be holding a severed head on the news.

I can understand how the Iraqi crisis gives de Brito and others further grist for their mill that religion is the mother of all evils. It is clearly the case that religion, when understood in a certain way, can and does animate and legitimise the use of violence. I can understand why current events may lead some to turn away from the news feeds and to indulge the John Lennon line "imagine there's no religion" so that they can conjure up a world without the Islamic State, Gaza, bigotry, or blood-soaked sands if only as a means of coping with distress.

It is worth pointing out that atheist regimes of the 20th century killed more people than all the jihads and intifadas of the same century combined. These regimes frequently singled out and slaughtered religious communities, clergy and laity, of all ages. Churches, mosques, and synagogues were all demolished by the order of those whose minds were supposedly untainted with the puerile superstition of religion and were self-proclaimed rationalists.


Dawkins once claimed that no atheist would ever bulldoze a cathedral, to which Oxford Mathematician John Lennox responded that he was right, the cathedrals were too big, the atheists used explosives! So I find it ironic that de Brito wants to "judge an idea by the consequences to which it leads in action". If so, atheism is no longer the ideological messiah that he thinks it is. While religion can be a source of indescribable evil, it can also be a source of unexpected compassion too.

This week I heard news reports of Turkish Muslims providing shelter and care for Yezidi refugees fleeing northern Iraq. I know of several Christian aid groups not only in refugee camps in the region but even risking their own lives to go into Iraq to help rescue religious minorities fleeing the violence.

Atheists like de Brito are very good at cursing the darkness, but it's more often than not the religiously minded who are out there lighting a candle against it. I cannot speak for all religions, I belong to the Christian tradition, but one of the strengths of the Christian tradition is that we can take evil seriously. For Christians, evil is not simply a game with words, mythical language deployed to describe our own likes and dislikes, relative rather than real. Instead, the Christian believes that evil is an intrusive force in this world, not how it was supposed to be, and not how it will be.

According to Christianity, God's plan is to expunge evil, not with holy violence or crusader carnage, but, mysteriously, to draw it all into himself, into his son's own crucifixion, so that its power will, ultimately, be defeated.

Accordingly, God sends out his people to follow Jesus's example as peacemakers and ambassadors of reconciliation, pursuing peace with God and peace with fellow human beings. Many of us haven't been very good at this, but there are enough who are to make the world a much better place than it would be without this story.

You don't have to be religious to appreciate the sentiment, but experience tells me that it certainly helps. I admit that the heinous evil engulfing the Middle East is not exactly the best advert for religion. But de Brito is kidding us all if he thinks this defines all religion or that the irreligious are somehow immune from it. The greatest violence in history has not been performed only by religious people. The most inhumane and horrific forms of violence are perpetuated by people, of all faiths and none, who believe that their cause is so righteous that it justifies the most unjustifiable acts of evil.

The problem of evil is not simply a religious problem; it's a human one. And if the common denominator is humans themselves, then you can hardly chastise those of us who look to God for inspiration, courage, compassion, and strength to resist evil and even to rescue those imprisoned by it. View his full profile here. Topics: religion-and-beliefs , community-and-society , unrest-conflict-and-war.


Michael Bird with your chosen career path don't you consider that you are somewhat biased in your opinions.? It would be that easy to find the results of no religions or beliefs but it would be an impossibility seeing that religions are so strongly indoctrinated into the children as they are growing up. I have all ways maintained that the other problem that humans suffer from is that they are so easy to indoctrinate. Because of this I seriously question if the human species will survive.

Alert moderator. Of course he's biased, and he's quite up front about it. But he has a point: atheist regimes are no better than religion-based ones when it comes to brutality. Getting rid of religion might eliminate one rallying point for believers, but it won't eliminate the capacity of humans to be indoctrinated, and to do dreadful things in the name of whatever it is they do believe in, whether that be communism, nationalism, anarchism, tribalism, or robber-baron capitalism. The issue is that the author can't grasp the implications of his own reasoning.

Theism is simply a belief system, as are all political ideologies, tribal and ethnic values, and codes of ethics and morality. All of them contain the capacity for evil, because all of them are created by humans. But all also contain the capacity for good, and for the same reason. One would scarcely argue that, because political ideology can certainly be twisted to evil ends, that all aspects of every political belief are inherently evil.

Christianity is dying out? Don't count on it - ABC News (Australian Broadcasting Corporation)

Brilliantly argued, Zing. But the author won't get it. He's still stuck with the idea that evil is an "intrusion" into the world - an intrusion either allowed by God showing God to be cruel , or an intrusion that happened despite God showing that God is impotent. And then Dr Bird is besotted with the fabulous solution to evil: God "sends out his people". So a God, who has himself been unable to do anything about evil for thousands or billions of years, sends puny human beings as canon fodder.

All just proving that God is irrelevent, for we're quite good at being canon fodder without him. The physical universe is one in which incarnate spirits, such as Humans, can make spiritual choices. But that is only possible in a Universe whose structure is determinate; by which is meant that it is subject to inviolable physical laws that cannot be changed by God. Thus God does not have the ability to intervene to prevent suffering once the choice is made by the soul to become incarnate. Then the die is cast. Thus the potential for suffering results from the desire to exist in such a Universe which, according to Christian tradition, is a desire by the human soul for spiritual knowledge. 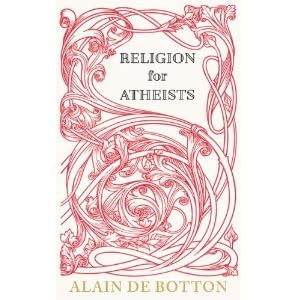 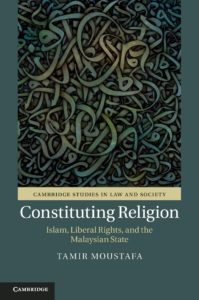 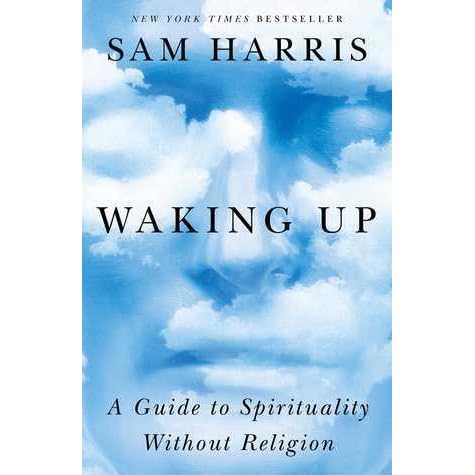 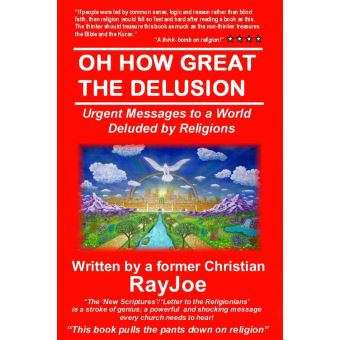 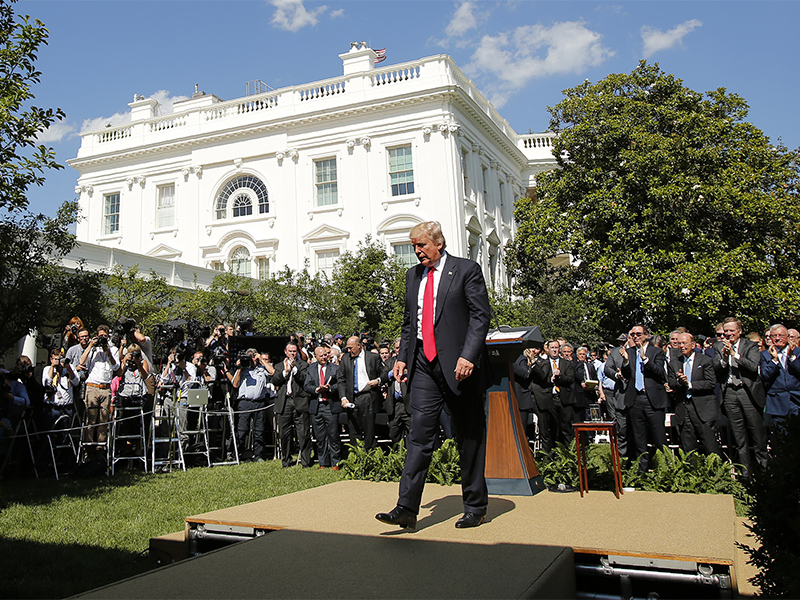 Related Oh How Great The Delusion: Urgent Messages To A World Deluded By Religion