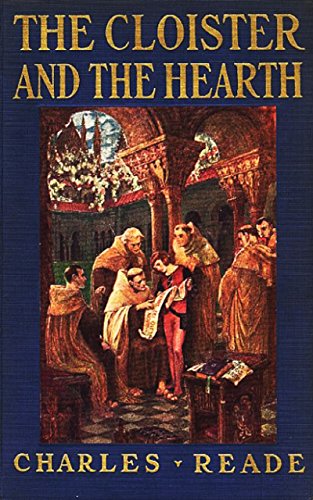 With this last sorrow, Gerard dies, too. As a work of literature, the novel is filled with what today would be judged plot contrivances and overdone melodrama. Yet Reade was esteemed by his contemporaries an exemplary novelist, especially of the historical fiction genre. And regardless of plot specifics or his point of view, Reade treats the hermit's dilemma with fair sympathy, never directly indicting the Catholic Church or mocking the beliefs of his protagonists, leaving his protagonists to resolve their dilemma according to their milieu.

The dilemma of the hermit does not begin until late in the book, foreshadowed by Gerard's momentous decision to become a priest.

Though the tension in the novel has built during the over 80 percent of the chapters, the immediate conflict of domestic secular life "hearth" and clerical or monastic life "cloister" unfolds late. Chapter 83 introduces the old "hermit of Gouda" and foreshadows the course of the plot in later chapters. Here Margaret and a friend visit the old "hermit of Gouda.

Margaret and Joan, then, reached the hermit's cave, and placed their present on the little platform. Margaret then applied her mouth to the aperture, made for that purpose, and said: "Holy hermit, we bring thee butter and eggs of the best; and I, a poor deserted girl, wife, yet no wife, and mother of the sweetest babe, come to pray thee tell me whether he is quick or dead, true to his vows or false.

A faint voice issued from the cave: "Trouble me not with the things of earth, but send me a holy friar, I am dying. Then let us in to help thee. By chapter 91, the mendicant preacher Clement, so recent in the town, would presumably have traveled on. But in fact he had lingered and attends to the old hermit. When Clement had shriven him [the old hermit] and prayed by him, he, in his turn, sought counsel of one who was dying in so pious a frame, The hermit advised him to be his successor in this peaceful retreat.

His had been a hard fight against the world, the flesh, and the devil, and he had never thoroughly baffled them till he retired into the citadel of Solitude. Clement installs himself as the new hermit, though no one knows of his identity. Margaret and her maidservant converse about the new resident hermit. She whispered, "Tis a far holier hermit than the last; he used to come in the town now and then, but this one ne'er shows his face to mortal man.

Would ye even a beast to a man? Go thou forward and question thy solitary, and tell me whether ye get nought or nonsense out of him, for 'twill be one.

She was startled from it by Reicht's hand upon her shoulder, and a faint voice saying, "Let us go home. And they returned home. Perhaps after all Margaret had nourished some faint secret hope in her heart, though her reason had rejected it, for she certainly went home more dejectedly. Just as they entered Rotterdam, Reicht said, "Stay! Oh, Margaret, I am ill at deceit; but 'tis death to utter ill news to thee; I love thee so dear. Margaret, I told him thy story, and I prayed him for our Lady's sake tell me where thy Gerard is, And I waited long for an answer, and presently a voice came like a trumpet: 'Pray for the soul of Gerard the son of Eli!

The new hermit indirectly counsels Margaret to forget her Gerard. Later, a friend describes the hermit. Joan proceeded to relate all the marvellous tales she had heard of this hermit's sanctity; how he never came out but at night, and prayed among the wolves, and they never molested him; and now he bade the people not bring him so much food to pamper his body, but to bring him candles. A neighbour o' mine saw his hand come out, and the birds sat thereon and pecked crumbs.

She went for to kiss it, but the holy man whippit it away in a trice. They can't abide a woman to touch 'en, or even look at 'em, saints can't. Immediately after, Margaret knits a heavy robe to give the hermit to keep him warm. She steals upon his cave from behind one day, struggling to cut through thick brambles, cannot, failing, too, to see the hermit come out of his dwelling.

Chapter 92 opens with the author summarizing what Clement and now the reader knows about the history of hermits in the Church, and adds,. He [Clement] looked round this roomy cell furnished with so many comforts, and compared it with the pictures in his mind of the hideous place, eremus in eremo , a desert in a desert, where holy Jerome, hermit, and the Plutarch of hermits, had wrestled with sickness, temptation, and despair four mortal years; and with the inaccessible and thorny niche, a hole in a precipice, where the boy hermit Benedict buried himself, and lived three years on the pittance the good monk Romanus could spare him from his scanty commons, and subdivided that mouthful with his friend, a raven; and the hollow tree of his patron St.

Bavon; and the earthly purgatory at Fribourg, where lived a nameless saint in a horrid cavern, his eyes chilled with perpetual gloom, and his ears stunned with an eternal waterfall; and the pillar on which St. Simeon Stylita existed forty-five years; and the destina , or stone box, of St. Dunstan, where, like Hilarion in his bulrush hive, sepulchro potius quam domu , he could scarce sit, stand, or lie; and the living tombs, sealed with lead, of Thais, and Christina, and other recluses; and the damp dungeon of St.

These and scores more of the dismal dens in which true hermits had worn out their wasted bodies on the rock, and the rock under their sleeping bodies, and their praying knees, all came into his mind But Clement is tortured by the image of Margaret and feels his hermit life vain.

His despondency grows to the point that "he groveled on the earth weeping and tearing his hair One day a wool cloak is left at Clement's door. The next night, having gone out as was his habit, he returns. Entering his cave, he finds Margaret there. They recognize one another and speak haltingly. Margaret wants him to at least quit his hermit life and live at the vicarage, where he can succeed the recently deceased vicar.

But this is not thy doing: the bowelless fiend sends thee, poor simple girl, to me with this bait. Lang: - eng, Pages Normal Hardbound Edition is also available on request. First Edition Thus. Ships with Tracking Number!

The Cloister and the Hearth by Charles Reade


Set in the 15th century, it relates the story revolving about the travels of a young scribe and illuminator, Gerard Eliassoen, through several European countries. The Cloister and the Hearth often describes the events, people and their practices in minute detail. Its main theme is the struggle between man's obligations to family and to Church. Stokes, Shaw, Byam. Type: Book Handsome hardcover in red decorative cloth with gold lettering and ornamentation. Pages are generally clean with some writing opposite the half-title page.

The Cloister and the Hearth (film) - Wikipedia

Binding and hinges are strong. Some smudging outside, sunning to the spine. Illustrated with engravings. A historical novel of Medieval times. Type: Book This story is a classic story which has faced the test of time. The book is in excellent readable condition.

THE CLOISTER AND THE HEARTH 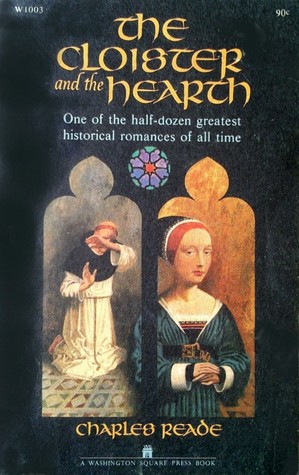 Related The Cloister and the Hearth